Browse all items in the collection.  Or visit the digital exhibit LSC-Tomball Community Library.

The Lone Star College - Tomball Community Library can trace its roots back to the 1920s.  Service to the Tomball community began in 1922 with a library station located in a post office on Main Street.  The library station was made up of one bookcase, with 200 books.  Later, when the station closed, the bookmobile provided sporadic service to the area.  Regular bookmobile service began again after World War II. 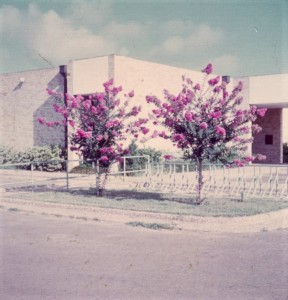 A friends-of-the-library group formed in the early 1960s to raise funds to purchase shelving and rent a suitable space for a library.  The county agreed to fund the book collection and a librarian for the branch.  The first official branch of the Tomball Library opened in July 1962 at 101 W. Main Street.

The branch quickly outgrew its original space and then a second home on Elm Street.  A new building was eventually opened in February 1972.  The branch was expanded again in the early 2000s, in a new partnership with the North Harris County Montgomery Community College.  The new joint county-college library would serve students at the Tomball college as well as the greater Tomball community. The grand opening of the new Tomball College and Community Library was on January 20, 2005.  The library was officially renamed in 2007 to Lone Star College Tomball Community Library.

The branch closed briefly in 2008 due to damage from Hurricane Ike, but reopened within just 20 days.

In 2020, the branch celebrated its 15th anniversary in its new location, as well as the ribbon cutting for the new Innovation Lab. During the COVID-19 pandemic, Tomball staff provided curbside service to the community, as highlighted by HCPL's own Curbside Larry.

Early histories of the library can be found in the collection.

A brief history of the library can also be found in A Tribute to Tomball: A Pictorial History of the Tomball Area, available at the Portal to Texas History, University of North Texas Libraries.

Edna was hired as the librarian of the Tomball branch in 1962 and after overseeing the expansion of the branch through three different buildings, she retired in 1979. 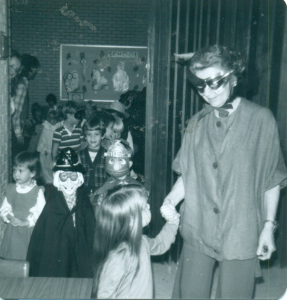