Browse all items in the collection.  Or visit the digital exhibit Atascocita Branch Library. 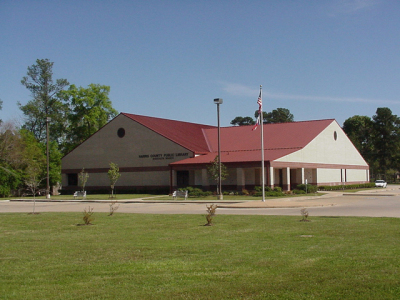 After a couple of false starts, the County selected a site for the new branch in 1993, and the community celebrated the groundbreaking in October 1994. The branch opened its doors officially on May 5, 1996.  Shortly after opening, a tile wall designed by Jo Webb was installed on the outside of the building by the front entrance. The mural features an outline of the shape of Texas in bluebonnets alongside other local flowers.

In 2005, the branch opened an exhibit on Elizabeth I, collaborating with local businesses, volunteer organizations, school district, and community college.  The event drew more than 10,000 visitors in six weeks.  In September 2008, when Hurricane Ike hit the Houston area, Atascocita branch staff continued to hold storytime to help maintain a sense of normalcy for their community, even while the branch was without lights or air-conditioning. Thankfully, the building was not damaged, and normal service resumed within a few weeks.

The Atascocita community received some good news in late 2020 when Harris County Commissioners Court approved a million-dollar expansion of the branch.  The work will begin shortly after the branch celebrates its 25th anniversary in May 2021.

Read a history of the campaign for the Atascocita branch written in 1994, shortly after the groundbreaking.

Read a document on the Atascocita Library as it was on the day it opened on May 5, 1996.

Friends of the Atascocita Library

More than 300 pictures taken at the branch during the years 1997 to 2000 were collected in a photograph album.  These photographs of programs, events, parties, library decorations, staff, etc., give a sense of the library during its first few years.

Browse all items in this photograph album 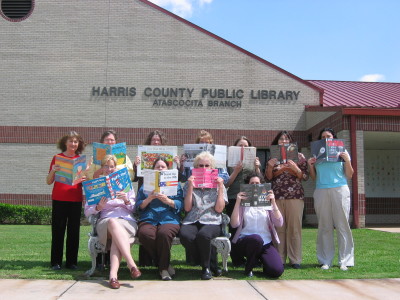